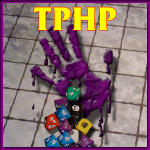 In episode 4, our heroes come to the realization that they have no plan to get to shore from a moving barge. The Elvish seamen won’t stop the boat and none of the heroes can swim.  In the  end, 3 of the 4 party member nearly drown – but Dora saves the day and hauls out a mess of tangled bodies from the otherwise tranquil river (lactating all the while).

Other points of interest include:

A big thank you to Machinima Sound for the use of the backing track Battle of Kings!